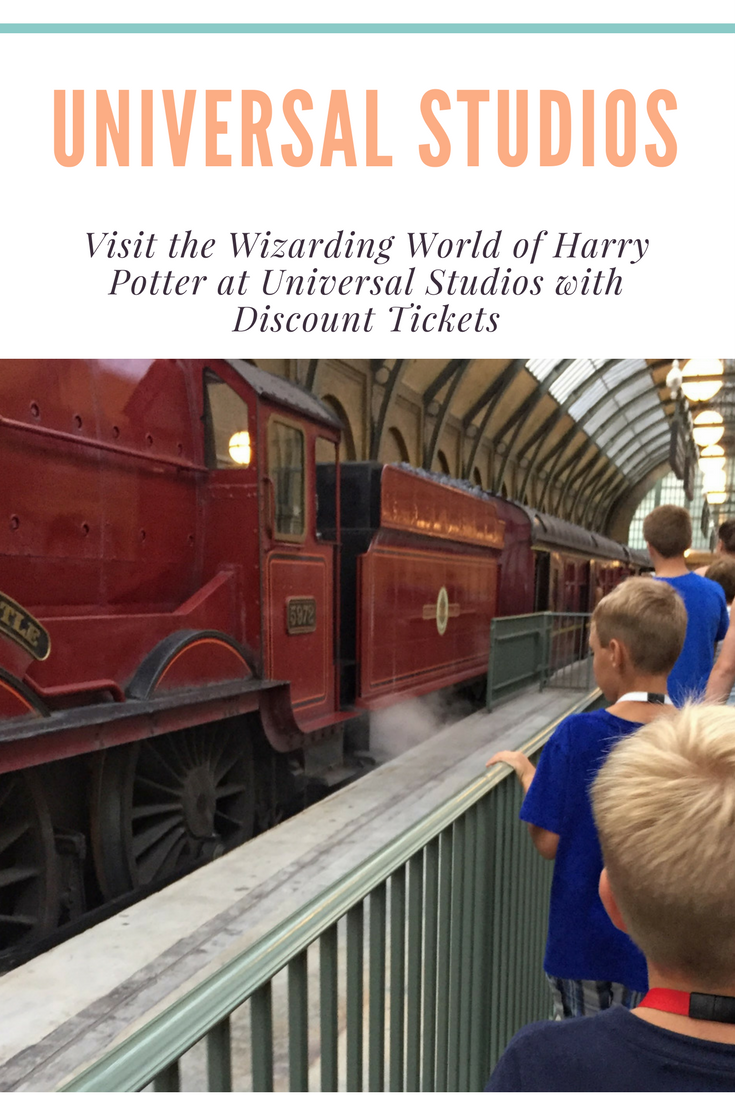 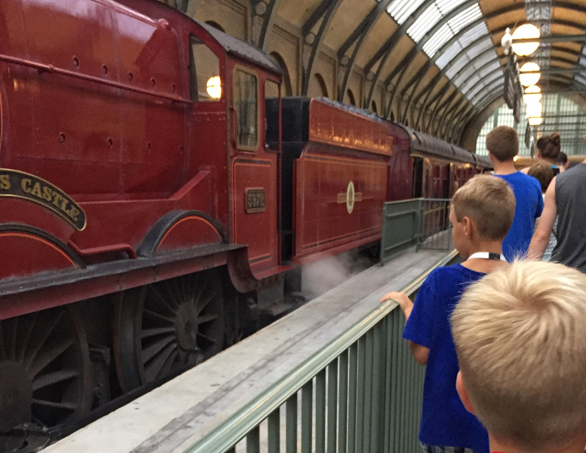 The Wizarding World of Harry Potter at Universal Studios

Starting with the theme park tickets here’s how we maximized our trip stacking multiple offers and discounts to avoid as much out-of-pocket spending as possible.

We put together a combination of discount tickets, travel credits and upgrades to annual passes to score tickets for a family of five.

In addition, there’s the Hogwarts Express between the two parks. Since we were planning a trip centered on Harry Potter, we needed the Park-to-Park ticket to ride the train.

The cheapest (reputable) place we found to purchase our tickets was through Undercover Tourist. We bought the 2 day ticket with 1 free day. Later on you’ll see why that ticket was important. Undercover Tourist then emailed us a 3 day park to park ticket.

Use Travel Credits for Ticket Reimbursements

After we purchased the tickets we redeemed the travel credits on our Bank of America Card and our Capital One Venture card for reimbursements on the tickets. Both of these cards code Undercover Tourist purchases as eligible travel:

In order to use travel credits on both cards, I split our ticket orders into different transactions. You may remember that we also used the same strategy on our Capital One card for Disney World tickets the year before.

Upgrade Tickets to an Annual Pass in the Park

After entering the park on the first day, we immediately went to customer service inside the park. Once you use your ticket for park entry the first day, Universal Studios “bridges” the cost of your ticket to the full price ticket. You get credit for the full ticket price even if you bought the tickets at a discount.

I had a hard time getting a firm answer from Universal on the price of this upgrade before we went on our trip, but it worked flawlessly and I upgraded my ticket for $10 and the kids for $20. We paid slightly more to upgrade my husband to a preferred pass to get free parking and discounts on all of our meals.

Why Would We Buy an Annual Pass?

It seems counterintuitive to buy an annual pass if we don’t live near Orlando, however the savings made it an unbelievable deal.

Annual Passholder Hotel Rates. If you stay at any of the onsite hotels (to get free Express Passes), the annual passholder rate is probably the cheapest rate. Upgrading just one person to an annual pass for $10 saved us more than 10x that on our hotel room. For more information, see Why Universal Studios On-Site Hotels are Actually a Great Deal.

Extra Days for a Few Dollars! We were in Orlando for 6 days. For an extra $10-$20 we were able to double the number of days at the parks. This was a much more relaxed way to tour the park. We could come and go as we pleased and never worry about fitting everything in since we had six days in the park. I’d happily pay $3-$6 per day for entry!

2nd Vacation a Year Later? Because the annual pass is good for a year (obviously), there’s a unique opportunity to return a year later. With free tickets! Getting two vacations out of one set of tickets is a big opportunity to maximize the value! Cue the planning for this summer…

Prices. The prices do change. When you upgrade Universal Studios will use the price on that day. You can find current prices for tickets and annual passes on their website.

Promotional Tickets. Universal doesn’t bridge promotional tickets. There a lots of threads about upgrading various ticket types to annual passes on DisBoards. I made sure our specific ticket (2 day + 1 extra day from Undercover Tourist) had multiple data points with successful upgrades before I bought them.

Season Pass Options. If you are considering a season pass, review the different options and blackout dates before you go.

After the reimbursements for the initial tickets, our total out of pocket cost for annual passes (4 lower end passes and 1 preferred pass) for a family of five was $165! We’ll use the passes for two different trips a year apart. In addition, we saved more than $165 on hotel discounts, parking, and food discounts.

Are you planning a trip to Universal Studios?

More on Traveling to Orlando