Featured today is a guest post from Plonkee who writes at Plonkee Money. Plonkee lives in the UK, enjoys writing about personal finance and loves books! Be sure to subscribe to the Plonkee feed for more great articles. 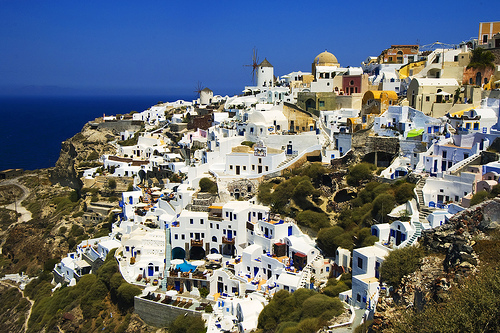 I don’t know what it’s like in the US, but here in the UK, it’s reasonably common for people to take a gap year between finishing school and going to University. The typical gapper will spend several months working in a menial job, and then take off for a few months travelling the globe with the traditional route through Thailand, Malaysia, Australia, New Zealand, the USA and Canada.

Now, it could be argued that people would be better served by going to Uni as early as possible, getting their degree as soon as they can and then getting out into the workforce to earn, save and invest for a rich future. And, I shouldn’t really argue since that’s more or less what I did – although not deliberately.

But, I think that’s missing several important points. Firstly, the life experience gained by travelling is immense – even though most people spend most of their time in developed English speaking countries, nearly everyone goes to a less developed country at some point – if only because it’s so cheap. Coping with different cultures at the age of 18, certainly helps you grow up and makes you more self-reliant. On starting Uni, it’s always easy to pick out the very independent ex-gap year freshers.

Secondly, the very act of travelling independently on a budget is good practice – you learn to cut costs, snaffle out good deals and save money on the less important things so that you can afford to go bungee jumping in Queenstown, New Zealand. Not only are these skills useful for life as an impoverished student, they’re invaluable in the rest of your working and non-working life too.

Finally, and most importantly, the money for a gap year trip is saved up by the 18 year old themselves. They work hard for the money, and they need to make sacrifices in order to go – because there’s only a year to do it all in, and if there isn’t enough money then the trip will have to be cut short. The discipline of saving up for the things that you want to do, and paying for everything in cash, is one that everyone needs to learn at some point, better at 18 than at 30, or 40, or even later.

And a round the world trip as a lesson in personal finance is certainly one of the more enjoyable ways to learn.

4 thoughts on “Travel the World: Gap Years and Personal Finance”